Oven Leaking Water? Here’s Why & What To Do About It

You rely on your oven to do a significant amount of cooking for you. You might even use your oven every day. Therefore, it can be frustrating when your oven doesn’t work properly. In some cases, your oven may start to leak water.

If your oven has started leaking water, you need to figure out if this is because there is something wrong with the internal window seal or because there is a significant difference and ambient temperature. To fix this, you should pay attention to the temperature in your room, consider replacing the window seal, and focus on other parts of your oven, such as a fan.

We have done a significant amount of research to figure out the most common reasons why an oven might be leaking water. Take a look at some of the most common causes below, and learn more about what you can do to fix them!

Contents show
1 1. Your Oven May Have Condensation on the Door
1.1 Pay Attention to the Ambient Temperature in the Room
2 2. There Could Be a Problem with the Internal Window Seal
2.1 Replace the Internal Window Seal
3 3. You Could Have a Problem with the Fan
3.1 Replace the Fan in Your Oven
4 4. Your Cooking Produces a Lot of Steam
4.1 Replace the Cookware in the Oven
5 Frequently Asked Questions About an Oven Leaking Water
6 Figure Out the Reason Why Your Oven Is Leaking Water

1. Your Oven May Have Condensation on the Door

Condensation forms when hot air from the oven collides with a cold surface of the exterior of your oven. When this happens, water condenses from the air, landing on your door. Then, it could fall to the floor, creating a wet spot.

Fortunately, this is a relatively benign reason why your oven might be leaking water. This means that it is also relatively easy to fix.

Pay Attention to the Ambient Temperature in the Room

To prevent this problem from harming your oven, you need to pay attention to the ambient temperature in the room. This could be expensive if you have to significantly change the temperature. Therefore, you need to think carefully about how you will address this.

If you want to minimize condensation on the door, you should try to make sure your kitchen is at least 70 degrees Fahrenheit when you cook. Even though this can be difficult to maintain, it doesn’t have to be permanent. You simply have to increase the temperature while you are cooking. When the oven is not turned on, the difference between the oven and the rest of the kitchen should be relatively minimal.

2. There Could Be a Problem with the Internal Window Seal

Another reason why your oven might be leaking water is that there is a problem with the internal window seal. In order for your oven to cook effectively, it must be airtight. Otherwise, the hot air is going to move from the oven to the exterior of your kitchen, reducing its temperature. Your oven will have to work significantly harder to cook your food.

If there is a problem with the internal window seal, steam will start to escape from the oven. Steam has a significant amount of water, which will condense on your door as it leaves. As a result, this may create the appearance that your oven is leaking water.

Over time, the rubber in the window seal is going to harden. Eventually, it will crack. This is a sign you need to replace it. You can find a variety of window seals online. You can even visit your local home improvement store.

When you replace your window seal, your oven should not have to work as hard to maintain its internal temperature. As a result, it should use less energy, helping you save money on your utility bills. Take a closer look at the internal window seal of your oven and see if it has to be replaced.

3. You Could Have a Problem with the Fan

There could be a problem with your tangential fan. This can lead to an oven that leaks water as well. It is the job of your fan to cool the oven and its windows. This fan is also responsible for moving papers from the appliance. It takes the vapors in the oven, puts them into the kitchen, and protects the appliance from harm.

If there is a problem with your tangential fan, then the vapors will remain inside the oven. Eventually, these vapors will work their way between the window panels of your oven. This can lead to the same condensation problem as above. As the vapors condense, they coat the exterior of your oven, giving it the appearance of leaking water. This is something else you may have to address if you want your oven to stop leaking.

Replace the Fan in Your Oven

It is unusual for a tangential fan to break in an oven; however, if you have had your other long enough, this could happen eventually. You can take a look at replacement parts, finding the right one for your oven. Even though there are some people who can do this on their own, you can also ask a professional to help you. Always place safety first when you are working with heavy machinery.

4. Your Cooking Produces a Lot of Steam

Finally, another reason why your oven might be leaking water is that you are producing food that has a lot of steam. For example, if you tend to cook a lot of roasts in the oven, you are going to produce a lot of steam. You need your oven to be working at peak efficiency in order to deal with this steam.

In addition to paying attention to the parts that are responsible for removing steam from the oven, you also need to think about the food you are cooking. If you want to reduce the water leaking from your oven, you should cook food that doesn’t give off a lot of steam. Even though this is not the ideal solution, it is a way for you to reduce the water coming from your oven.

Replace the Cookware in the Oven

Of course, you have paid a lot of money for your oven. You should not have to change the food you cook just to accommodate the steam it is producing. Therefore, you may want to think about switching to different pieces of cookware. As an example, you may want to put the meat directly on the rack in the oven. Then, put a pan underneath your meat to catch the juices. That way, the juices will not get as hot, reducing the amount of steam you produce.

Ideally, your oven should be able to handle whatever you throw at it. If you believe your oven is having a difficult time accommodating the amount of steam you are producing, then you may want to take a look at some of the other parts above. There could be an issue with the oven that has to be dealt with.

There are several common questions people ask about an oven leaking water. These include:

You may notice that ovens have condensation on the door from time to time. Even though this is not necessarily a bad thing, you do need to make sure the water does not leak onto your floors. Otherwise, this could cause a significant amount of damage.

Not necessarily. This depends on what the problem is and how comfortable you are with your oven. There are some people who are more comfortable calling a professional for help with anything related to the other. There are other people who would like to do things on their own. Always put safety at the top of your list when working on your oven.

Figure Out the Reason Why Your Oven Is Leaking Water

Ultimately, there are plenty of reasons why your oven might be leaking water. A lot of them have to do with condensation on the door. This directly relates to the seal, the fan, and the temperature of the oven. If you have questions about taking care of your oven, consider reaching out to a professional who can help you. 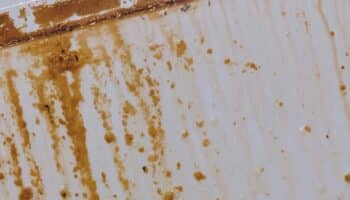 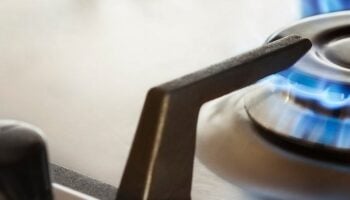