Fans vs Air Blowers: What’s the Difference & Which is Better?

Looking for some strong airflow to keep your space cool?

Then you’ll either want a fan or an air blower. But which is better? After asking this question myself I dove into some research. Here’s what I found.

Which is better between fans vs air blowers?

But there’s more detail than that. Read on for explanations, comparisons, and recommendations.

Considering a blower fan? We have a fantastic guide to the best blower fans available today.

How Do Air Blowers Work?

I’m assuming we all know how fans work, but air blowers aren’t as familiar.

Air blowers work like reverse windmills. They have a bunch of blades attached to a rotor, which is called an impeller. These spinning blades suck in and drag air with them – typically brought in from the sides or top of the blower. The air accelerates up with the blades, before shooting out an opening at high speed. 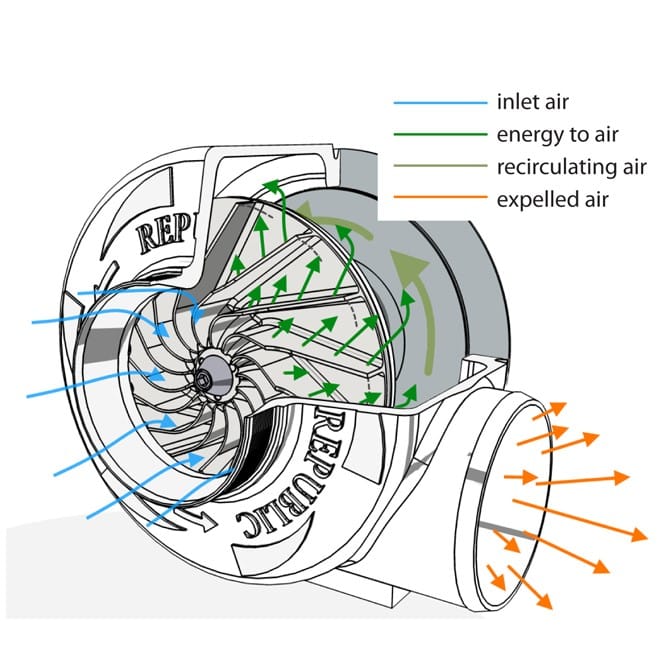 What’s the Difference Between A Fan and An Air Blower?

Air blowers work sort of like fans do, if you were to twist the blades 90 degrees and put a case around it.

Fans are fantastic at providing simple airflow over a large area.

Air blowers are built to provide strong, direct airflow to a specific location.

Fans are easy-going and friendly. They just grab whatever air is around them, and thrust it forward. Air blowers are stricter and controlling. They suck in air through their side or top, and trap it in their cage. Then, using fast-spinning blades, they accelerate the air up and shoot it out in a focused, powerful flow.

Sometimes it’s best to compare two products by using a table of best uses. Having a simple overview can help make the differences obvious, and highlight what’s important to you.

Fan vs Air Blowers for…

For those who want a straight answer, let’s look at some common cases where both these products could work well.

It’s a roasting hot day, and you can’t remember what not sweating is like.

You’re stuck on the couch. Any iced drink melts immediately. Man! What would help you out the most?

For cooling, a fan is the hero you need. Their wide-area cooling means they can cover your whole body (and that of your loved ones too, if they’re lucky!). The modern features, like a remote control, make it super easy for you to control it. And their cheap costs mean you don’t need to worry about running it all day long.

Air Blowers are fantastic for drying things. Thanks to their more powerful airflow, they’re great at moving more air around the wet object – which makes for faster drying.

A quick summary: drying works because the moisture on something is absorbed by the air. However, air can only hold so much moisture. So when that air is blown away and replaced with fresh air, the drying process is much faster.

So, because an air blower will give you more airflow, it’s better for drying. 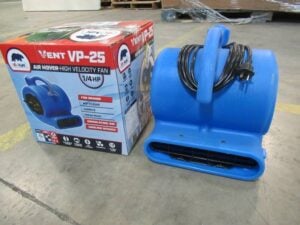 Note: Some blowers are made for carpet drying, too! They can put the airflow level with the ground which is much more efficient. Unlike a fan which needs to be angled downward.

Everyone knows that lighting a flame needs oxygen. That’s why we blow on a fire or set of coals to help them light.

Get the clue? Yes, air blowers are much better for barbecues and fire pits!

With a stronger force they provide more oxygen, and the airflow is much more direct compared to a fan. An air blower will get your barbecue started faster, and it’s easier to use, too. In fact, many modern barbecues have a small air blower included to help you light it up.

You can also get manual air blowers to light up your fire.

Air Blowers were made for workshops – but they might not be the right answer for you.

They’re fantastic at helping with messy or dusty tasks. Working with wood or dirt? A blower will work wonders in keeping your workspace clean.

But if you’re looking for something to keep the air in your shop fresh, cool, and breathable – just stick with a garage fan. They’re much better at covering a whole area, and helping you be comfortable.

In short – use a blower for tasks, a fan for you.

It may go without saying, but this isn’t an uncommon question!

While air blowers can work to help in living areas (particularly a hot kitchen), you almost always want a powerful fan to cover your whole living space or office. It’ll be much better at keeping you cool, rather than just a tiny area.

Which is More Efficient?

Fans and Air Blowers work in different ways. Fans work via a spinning rotor with blades attached to it – grabbing air and thrusting it forward. It’s very direct and efficient.

Air Blowers pull in air, spin in around a centrifuge, then shoot it out in a direction. That’s two direction changes!

Since fans are much simpler in operation, they use much less energy to power the air movement. So Fans are more energy efficient than air blowers. However, neither are particularly energy intensive.

How Can I Keep My Room Cool Without AC?

This is actually a great question! We have a huge article covering 73 different ways to keep yourself cool without using an air conditioner. Please check it out!

Can I Sleep With A Fan Blowing On Me?

Yes, you can sleep with a blowing air on you. However, make sure that it’s oscillating, and at least a few feet away from you. If it’s too close and only on one spot, it can dry out your skin. No-one wants to wake up with cold, dry, itchy skin!

Is A Blower A Fan?

Yes! Although we call them ‘Air Blowers’ these are just another type of fan. Instead of the blades spinning around one axis, they are instead turned and spinning over and under another axis. This moves the air differently – spinning it around inside of a housing, before shooting it out in a direct path. Rather than just thrusting it forward.

Do Fans Draw Air From Behind?

Yes, fans draw air in because they thrust air forward. By pushing air away, it creates a pressure difference which ‘sucks’ in surrounding air to refill the space.

Think of it like when you suck the air out of an empty water bottle. As soon as you open it back up, air rushes back in to fill it. A similar effect happens with fans. Because some air is ‘missing’ (from being blown away), other air rushes in to fill the gap.

How Does A Fan Create Suction?

Fans create suction when they push air away at a high force. This leaves a big pressure difference, which ‘sucks’ in more air. This is just like any other vacuum-style effect.

Fans and air blowers are both fantastic appliances to help around the home and workshop. I hope you’re now much more familiar with which product will be better for your task.

In short – choose a fan for general cooling, and an air blower for direct airflow applications.

Thank you for reading! And have a great day 🙂 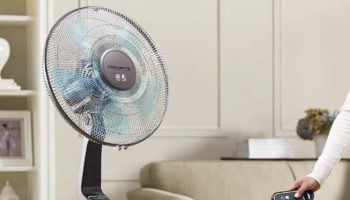 The 6 Quietest Pedestal Fans That Blow The Competition Away

Dont get stuck with the WHIRRR of a bad fan. Find your whisper-quiet pedestal fan in minutes with our free buyers guide and top model reviews. 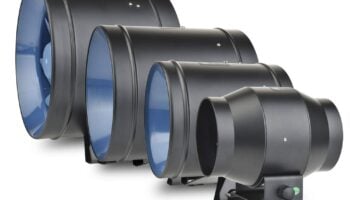 Get your peace of mind by quietly ventilating your space using these quiet inline duct fans. Keep it fresh and at the perfect temperature without the noise! 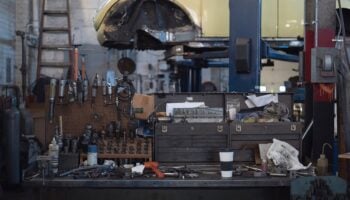 Need some powerful and direct airflow? Find the best blower fan in minutes with our free buyer's guide and top model reviews. 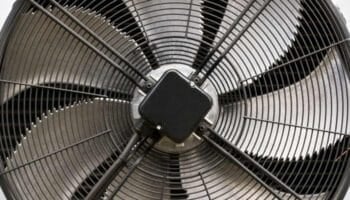