Visualizing Apple vs Android In The USA

From Californian hipsters to Missouri farmers, everyone needs a good phone. But between the two choice of Apple vs Android phones, who likes which better?

I caught myself wondering this after walking through New York, where it seemed like everyone owned an iPhone. I’ve used a whole bunch of Google Trends data to find out just how popular Apple phones are compared to Android across the US.

Surprisingly, both California and New York weren’t in the top 2 Apple states. It turns out that Hawaii are the biggest Apple fanboys. Maybe that’s because they’ve got so many beaches to use those high-end phone cameras on.

Those top Apple states are known to be quite affluent – especially Hawaii. This got me wondering, does the iPhone popularity correlate with the average earnings of a state?

Well, I found that out too.

Below is a graph ranking states by their average earnings (per person) against their preference for Apple phones.

As the orange trendline shows, there’s a very clear correlation between income and the chance that someone owns an iPhone.

The graph also shows some interesting correlations. You can see the huge preference that Hawaii (HI) has despite lower earnings than the top 4 states. California (CA), Massachusetts (MA), New York (NY), and Connecticut (CT) all enjoy spending their higher earnings on a snazzy phone.

What I love, though, are the outliers. You’ve got Maine (ME) and Vermont (VT) with a huge iPhone preference despite a lower income. That’s brand passion right there. On the other hand, Washington (WA) Maryland (MD), and New Jersey (NJ) are right up there on earnings but are way more budget hesitant when it comes to their phones.

You also have the lower earning states of Idaho (ID), Montana (MT), Arkansas (AR), & Mississippi (MS). While they all have similar income levels, Arizona & Mississippi much prefer iPhones while Montana and Idaho are more likely to opt for an Android phone.

Personally, Alaska was a surprise on state earnings. I imagine these high earnings with a low preference for iPhones are partially represented by oil and gas workers – who’ve got no need for Siri when their on hard 12 hour shifts outdoors!

How Was Data Collected?

Unfortunately, I don’t have access to a ton of Apples individual sales figures. Instead, I sourced the data for the map and graph above from Google Trends.

By comparing Google Play vs the AppStore, you can see the spread of preferences per state thanks to Google’s data. Since this data is based on a % of searches, it’s balanced to show the preference per state – and not by number of people.

If you haven’t tried this, check it out! You can compare just about anything that people search for. Just how popular is your favorite TV show? Find out:

I hope you enjoyed this quick insight into Apple vs Android. Sometimes you have to appreciate living in a world where we have access to this kind of data, and the tools to make it.

If there’s any other appliances or tech you’d like to see compared, please do suggest it via the contact form!

If this content has helped you, please consider sharing it with a friend. Especially if they’re an outlier in their own state!

Thanks for reading, and have a great day.

Ever wanted to add a touch of movie magic to your home? We've designed six unique living rooms inspired by our favorite feature films.

A Fast Food Map of America: The Hottest Chain In Each State

We've created a map of all 50 US states showing which fast food restaurant they love the most. The question is, do you agree with your state? 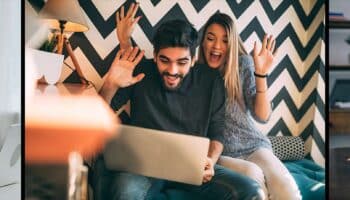 Being stuck at home for weeks on end can get lonely. Reconnect with friends and family using these great (and free) virtual party ideas. 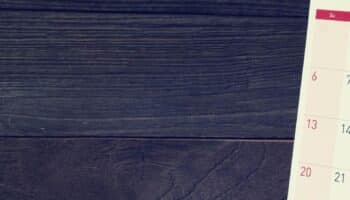 The Ultimate Sales Calendar: When Everything Goes On Sale

Don't get caught paying full price for something that will go on sale a week later! Our calendar shows when *everything* tends to go on sale. Year-round.