Your slow cooker won’t turn on? The solution might be surprisingly simple. Here’s 5 quick fixes you can try!

Having your slow cooker burn your food or undercook it is one thing, but being unable to even turn it on, is just annoying. There are many possible reasons why your slow cooker won’t turn on, and I want  to help you identify which one is giving you grief, so you can fix it and put an end to the headaches.

Now, I won’t lie to you, a small fraction of these solutions might require you to call a technician, but I like to remain positive and hope for the best.

Without further ado, let’s get started!

Contents show
1 Your Slow Cooker Might Be Having Trouble Starting Due To…
1.1 #1 The Outlet Is the Problem
1.2 #2 Your Power Chord Is Damaged
1.3 #3 You Have a Broken Power Switch
1.4 #4 Your Heating Element Is No Good
1.5 #5 Your Circuit Board Is Dead
2 Conclusion

Your Slow Cooker Might Be Having Trouble Starting Due To…

I have arranged this list in a specific order depending on two factors.

Rest assured, though, that 80% of the repairs discussed in this article are fairly friendly to all skill levels. Worst case scenario, you might need to make a trip to the hardware store, but nothing else!

#1 The Outlet Is the Problem

The issue might not come from your slow cooker

What if I told you there’s a fairly good chance that there’s nothing wrong with your appliance? You’d be surprised at how many times the answer to an unresponsive slow cooker was to change the outlet it was drawing power from.

Solution: If your slow cooker won’t turn on, try to move to a different section of your house and plug it into a different outlet.  The further away from the one you always use, the better.

Sometimes this can fix the problem and render your slow cooker operational once again.

#2 Your Power Chord Is Damaged

It’s not hard to damage your power cord

Ok, so you tested your slow cooker on a different outlet, and it’s still unresponsive, what now?

Well, we move on to the next possible culprit, the power cord.

Kitchen appliances are designed to be sturdy and last for a very long time, but the same cannot be said for their power cords. In fact, it doesn’t take a lot of stress or force to bend them “too much” and destroy them.

If your slow cooker’s power cord is usually pressed against a wall or tangled, over the course of a few months, it can suffer some damage.

Solution: Fortunately, finding and replacing a new power cord for your slow cooker is simple and not very time-consuming.

If you have a brick and mortar store in mind where you know you can get the replacement, be my guest. If not, you can easily find a wide range of options at online marketplaces. All you have to do is write down your appliance’s make and model and its voltage.

#3 You Have a Broken Power Switch

Test your power switch for conductivity

If you got to this point, neither changing your wall outlet not testing your power cord did the trick. That’s ok, we’re just getting started!

Moving on to more technical aspects, the next possible reason why your slow cooker won’t turn on is a broken power switch.

As you probably guessed, this little component is responsible for activating and deactivating your slow cooker. Your appliance might be fine, and the problem could be in this switch.

If you have a multimeter handy, it’s time to bring it out. Don’t worry if you don’t know how to use it yet. It’s fairly simple.

Solution: Unplug your slow cooker and turn it upside down.

Proceed to remove the screws at the bottom to expose the switch cables and the rest of the wiring. Locate your switch and use your multimeter to test for conductivity. Positive readings are an indicator that the issue lies elsewhere.

#4 Your Heating Element Is No Good

Now, if this is the case, your slow cooker should turn on, but it won’t heat up. And let’s be honest, a cooker that doesn’t cook, doesn’t work.

Leaving a faulty heating element unattended can cause more problems in the long run. Before you know it, your slow cooker could be useless.

Solution: Disassemble your slow cooker and expose the heating element. Once it’s accessible, use your multimeter to determine its conductivity and viability.

Does it not conduct? Time to replace it!

#5 Your Circuit Board Is Dead

When your circuit board dies, so does your slow cooker

Circuit boards can be found across a myriad of electronic devices. Be it computers, cars, slow cookers or TV’s, these boards are responsible for conducting electricity and housing many of these electronics’ vital components.

It would only make sense that such fundamental parts were nearly indestructible, right? Well…not quite.

Circuit boards are very delicate and prone to damage from power spikes caused by blackouts and other electrical disturbances. If your slow cooker won’t turn on, and you’ve exhausted all other possible causes, this is probably the component to blame.

Solution: Get a new one.

I know that sounds harsh, but I want to be as honest as possible with you.

When a slow cooker’s circuit board fails, it needs to be replaced entirely, and that does not come cheap.

Sure, you can call a technician, and they will happily offer to replace and fix it for you, but in the long run, buying a new one will be cheaper. This is especially true if your slow cooker is somewhat old.

My advice is, get a quote for a repair, do some research on new models online, and weigh the pros and cons before unnecessarily spending money.

Once you try a slow cooker and the amazing meals it prepares, you can never truly go back to cooking on regular pots and pans. Which means that having yours fail can be disastrous.

Whenever an appliance goes kaput, we might be tempted to send it in for repairs or throw it away, This is a great way to waste money! Slow cookers are noble beasts, and as such, fixing them is easy and quick.

Most of the components that allow them to operate can be accessed, tested for conductivity, and replaced in less than 10 minutes.

That being said, I know sometimes it’s not a matter of simplicity, but confidence.

If you feel like you’re in over your head and still have an active warranty, there’s no reason why you can’t send your slow cooker to your manufacturer for maintenance.

And while this might take longer than addressing the issues yourself, you can rest assured that your slow cooker will return to you better than ever.

Thank you for reading.

If you learned something new today, why not check out all the other great knowledge resources below? I wish you the best in your current and future projects. 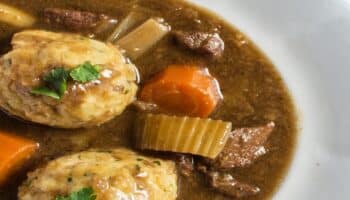 How To Turn A Slow Cooker Off Automatically

Wondering how to turn a slow cooker off automatically? The answer might not be as simple as you think. Here's what you have to take into account. 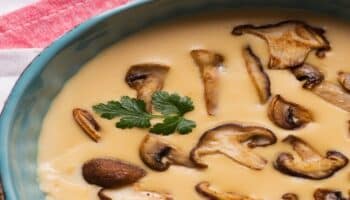 Is your slow cooker making a clicking sound? Chances are it's completely normal. Here's why this is happening and how to spot an actual problem. 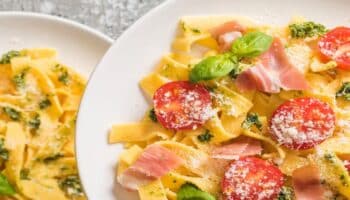 Slow Cooker Smelling Weird? Here’s What To Do

Is your slow cooker smelling weird? There's a chance that it's completely normal. Here's what you can do when it's not, so you can focus on cooking. 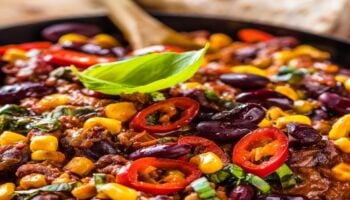 Slow Cooker Not Boiling or Simmering? Here’s Why

Is your slow cooker not boiling or simmering? You might need to be a little more patient. Here's why this is happening and what you can do about it.