Are you trying to use a propane-powered appliance and find it not working or the gas not igniting?  Have you checked the tank valve to make sure it’s open and found no gas flowing?

A lack of propane flow is a big problem and will obviously impact your ability to use any propane appliances.  But before you can fix your flow problem, you need to identify why there’s a problem in the first place.

So, if you’re finding there doesn’t seem to be any propane flowing from your tank even though the tank valve is open, you might find some reasons why right here along with some possible solutions.

Time for the simple question, right?  You know what’s about to be asked.

Is the tank empty?

Yes, you need to start here.  Don’t take offense to the question nor should it take long to answer.

At this point you might say, “Hey, I had my tank refilled a couple of days ago.”

Okay, but what if you have a leak?  Or what if you were told the tank was refilled but find out it wasn’t?

The answer is: it doesn’t hurt to check.

Now, if you have a tank level gauge on your tank, then it’s as easy as checking that.  However, most tanks don’t come with one.  That doesn’t mean there isn’t a couple of ways to check and see if you have gas in your tank.

If your tank is a 20 – 80 lb tank, you can pick it up and shake it.  If you can’t lift heavy objects, you can always ask someone to do it for you.  Make sure the tank valve is closed and disconnected before trying.

It won’t take much to notice if:

Another thing you can do is poor warm water down the side of your tank.  Touch the tank in different areas where the water made contact.  Because propane is naturally cold, it will absorb the heat of the warm water.  If you feel a cold spot, that’s the level of your propane.  If don’t feel any cold, your tank is probably empty.

2.  Reconnect Your Tank as if It’s the First Time

The reason for taking this approach is because when something is a habit, it’s natural for a person to kind of go through the motions without thinking about if they did something in the right order or forgot to do something they should have.

For example, have you ever driven a car the same way somewhere on a regular basis?  Same route, same traffic lights, same amount of time driving?  Have you ever been thrown out of whack when that route gets interrupted because it’s not going the way you’re used to?

It could be anything.  Traffic.  Road construction. The point is something is out of the normal, which makes you feel a little unsettled.

You get used to the disruption, of course.  It’s just construction or traffic, after all.  It’s easy to adapt to once you know what’s going on.

Same goes for propane problems, in a long roundabout way.  If you’re always disconnecting and reconnecting, you may have missed something.  And what’s the thing that interrupts your normal routine in this case?

Is the tank valve open all the way?  Do you normally open it all the way when you reconnect the tank?  Most regulators won’t let gas flow if the valve is open too much and the gas is flowing too fast as a result.

If this happens, the tank may Lock Out.  It’s a safety feature.  Maybe when you reconnected the tank, you opened the regulator valve more than normal and locked the tank.

It’s not exactly like hooking up your tank the first time since you’re already pretty experienced.  However, if you force yourself to think of it that way, you’ll also force yourself to take more deliberate steps rather than doing the reconnect through pure habit.

By doing so, you might also discover the issue with the lack of gas flow starts at the connection.

Talk about a loaded question, huh?

If this is actually your first time hooking up a propane bottle to your appliance of choice, this may be the issue.  The good news is it’s got everything to do with safety, not anything you’re doing wrong.

Bottles that are regularly refilled come equipped with a valve called an Overfilling Protection Device, or OPD.  It’s essentially a check valve that prevents gas from coming out of the tank even if your tank valve is open.

The only way to allow gas to flow out of the tank is to hook up a hose with a connector that’s greater than one inch long to it.  Less than one inch and the check valve won’t get actuated.  No check valve actuation, no gas flow.

If this isn’t your first hook-up and you’ve never experienced a flow issue before, your connector is probably greater than an inch.  The reason for that is all new small capacity tanks started being manufactured with OPDs in 1998.  Even though older models may still be out there without an OPD, if you’ve been refilling or swapping tanks, you’ve probably been using tanks with OPDs.

A quick way to check, besides the length of the connector, is to check the hand wheel on the tank valve.  If it’s round or star-shaped, you’ve got an old non-OPD tank.  If it has a triangle hand wheel, you’ve got an OPD tank.

All the same, it doesn’t hurt to check.  Check valve.  Get it?

4.  While You’re Checking Your Connector’s Length

While you’re checking the length of your connector and whether your tank is equipped with an OPD, you might as well ensure your hose is connected tightly.

If it isn’t, your tank regulator should prevent gas from flowing.  Similar to a tank Lock Out with too much flow if the regulator valve is wide open, if too much flow is detected due to a loose hose, the same thing should occur.

Same goes for any leaks.

Okay, you’ve disconnected and reconnected the tank.  Made sure the tank valve was shut when you reconnected and opened it slowly.  You inspected your connector to make sure it was the right length for a tank with an OPD installed.  And you made sure the hose is connected nice and tight.

Consider it good preventive maintenance.  All it takes is some soapy water and a spray bottle.

Take a bottle of soapy water and spray in areas where leaks might occur, such around the tank valve, connection, and regulator.  If you see the solution start to bubble regularly, that’s the sign of a leak.

If everything so far has failed to remedy your lack of gas flow problem, you may want to replace the regulator.  It may solve the problem and it certainly won’t hurt.  Regulators do go bad so replacing it isn’t an uncommon occurrence.

You can also see if swapping out the tank works.

Lastly, there’s always the choice of calling a technician.  It may have been a propane flow problem but if you do hear gas flowing now, or smell it coming from a burner, but you’re not getting heat for your appliance, you may have another issue but this time on the appliance end.

If you’ve got a propane tank with an open tank valve but no gas flow, you’ve got a bit of an issue.  Is it annoying?  Yes.

But does it mean there isn’t a logical reason why or a solution?  No.  Usually there’s one of several reasons why you may be experiencing gas flow interruption and almost all of them come down to safety features.

Unless the tank is empty.

Along with those reasons are also solutions to stop the interruption, safely and assuredly. 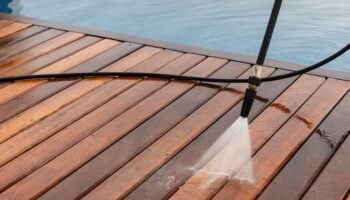