Dishwashers are a great piece of equipment that make the lives of millions easier.

However, they’re also faulty in some cases and do cause some issues. If your dishwasher is popping open during different cycles, there are a few things that might be causing this and a few different ways to fix the issue.

The first thing that might be going on is that the door latch itself is broken or faulty. The door latch of a dishwasher has a micro latch inside of it that lets the computer know that the door is fully latched and that it is not going to open while you are running it. This means that the dishwasher will work well if the latch is working and if there are not problems.

If the sensor that lets the computer know that the door is shut is faulty or damaged, it can cause the door to open, the cycle to stop and a range of other issues. If the dishwasher stops working and or the door comes open during any cycle, the dishwasher will stop and it will stop running water.

If you think that you have a dishwasher that has a faulty latch or a faulty door, the best thing to do is to get the door latch either replaced or repaired. If the door latch breaks while you are using the dishwasher, the door will likely open and the cycle will stop. Other parts that may go out are the latch itself, the springs, hinges and other parts of the door that are moving and that are in constant use.

Another problem you might be dealing with is that the door seal does not work properly or the door cannot close completely when you shut it. The door seal works to help make sure that the door closes and seals and that there is no water coming out of the seal. If the seal is faulty, if there is a hole in the seal, if it is old or cracked, or if there are other issues that cause the seal to not properly suction and close when the door is closed, this can cause the door to pop open.

The seal can be replaced rather easily and can be swapped out at home by you without having to call anyone. If you look at your door seal and there does not appear to be any damage or any visible issues, you can always wipe down the seal, wipe down the door and wipe down the area where the seal rests also. Cleaning your door often can help you to make sure that your seal is going to work properly and that the door is going to stay closed.

Door hinges are another reason that your door may be popping open. The hinges are just as important in keeping the door closed as all the other parts. If the hinge goes out it can cause the door to pop open and to not close properly. If the hinges are broken or damaged, you may want to get them looked at for repair or replacement by a professional.

Weak Latch or Something Knocking Into the Door

With any issue you are having, it is always best to look at all the possible problems before you start replacing things and before you start removing parts. Taking the time to check door latches, to make sure that the dishwasher is loaded properly, and that all your seals are working properly can make sucha  difference.

If you find that none of these solutions help, you may want to take the time to call a technician and see if there are any other problems that might be present. Your dishwasher is an important part of your home and making sure that it is cleaned and cared for can make a big difference. Generally, the door of your dishwasher is not going to pop open while it is in use unless something is very wrong. Now, you may want to make sure that kids are not opening it or that you are fully engaging the lock when you close the door. 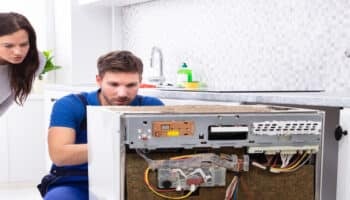 Does Your Dishwasher Keep Restarting? Try These 4 Fixes

Stuck trying to stop your dishwasher from restarting? The solution might be simpler than you think. Try these 4 quick fixes. 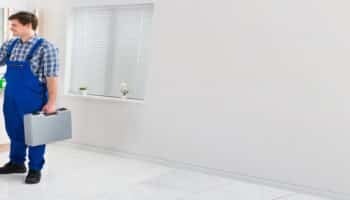 Are you trying to stop your dishwasher from making clicking noises while running? You're not alone. Try these 4 simple fixes. 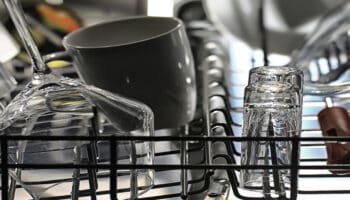 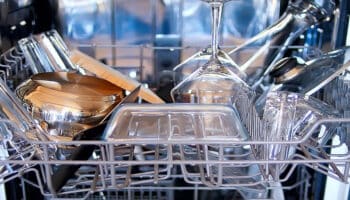 Dishwasher Smelling Like A Wet Dog? Solve It In 6 Steps

Are you trying to stop your dishwasher from smelling like a wet dog? You're not alone. Read this quick guide to learn how to do it.