A swamp cooler that isn’t working isn’t a fun topic to write about.  It’s an even worse real life situation, especially if your swamp cooler is the primary way of remaining comfortable in your home when it’s hot.

Imagine living in an arid region that hotter than the sun and you don’t have your swamp cooler working.  It’s kind of like living in an area of high humidity and not having any access to air conditioning.

Put simply: not fun at all.

If you’re currently dealing with a swamp cooler that isn’t working, let’s look at seven known causes of swamp cooler failures and the different fixes you can try to rectify your cooling casualty.

One of the first things you’re going to want to inspect is your electrical system.  If there’s an electrical issue, it’ll easily mess up how your swamp cooler operates, if it operates at all.

Remember, no power equals no cooling.

Now that that’s out of the way, let’s start with possible household electrical issues.  First thing to do is check the power supply.

If you’ve got a whole house swamp cooler or “installed” swamp cooler, it should be tied into the main electrical system of your home.  It should also have its own dedicated circuit breaker like other larger appliances usually do.

So, check your breaker and make sure it isn’t tripped.  If it hasn’t tripped, check to make sure the breaker itself moves freely and isn’t too loose or has too much play.

If, however, you do find a tripped breaker, then there may be several reasons why.  Here are a few:

All four of the above aren’t necessarily fixes for your swamp cooler, nor are they the only reason a breaker will trip.  Rather, they’re an indication you may have a bigger electrical issue and the performance of your swamp cooler is letting you know it.

The fix for this type of problem is usually to contact an electrician to have a further analysis performed.  The reason for this isn’t just because of safety concerns.  You may have a warranty or insurance concern that may cover such a problem.

Also, with older homes, it’s not uncommon to find breakers that have been “double tapped”.  In other words, instead of installing more breakers and possibly a new electrical panel, more lines were tapped into the same breaker.  So, you definitely want a professional to look in case you’re dealing with an older electrical system.

If, however, the breaker is good, the next thing to check is the electrical outlet if you’re using a portable swamp cooler.

If you’ve got your swamp cooler plugged into an outlet with other items, try plugging it into an outlet all by its lonesome.  If it works, then you might have had the outlet overloaded.

Now if you’ve got your swamp cooler plugged into an outlet all by itself already, is it getting power at the outlet?  One of the easiest ways to check the outlet is to use a multimeter to see if you’re getting voltage at the outlet.  If you’re not, you’ve got an outlet problem.

Try plugging the swamp cooler into a different outlet.  If it works, you know the outlet was the problem the whole time.

If you don’t have a multimeter, you can test the outlet by simply plugging something else into it.  If it’s not getting power either, the bad outlet theory is confirmed.

If, however, you do have voltage at the outlet and your swamp cooler still isn’t functioning, time to look internally.

If you have power at the circuit breaker and the electrical outlet, but your swamp cooler isn’t turning on, you may have wiring problem on the inside.  This means you need to dig a little deeper or call a service center or technician.

If you decide to take a look yourself, first, remember to be safe and to have your manufacturer’s manual handy.  They often have wiring diagrams that can help point you in the right direction when it comes to looking for loose or damaged cables.

Loose cables can be reconnected and tightened.  Damaged cables should be replaced.  However, if you do end up doing these kind of repairs or everything looks fine and you’re still not getting power, it’s probably time to make that phone call for some help.

If you are getting power but your unit doesn’t seem to be doing anything else, you may have issues with one or both of your motors.  In most swamp coolers, you’ll have a motor for your water pump and a separate motor for your fan unit.

Besides doing electrical checks on the motors, you can usually tell if there’s an issue with either one by following a few tips.

If your cooler sounds like it’s running but no air is coming out at all, you’ve probably got a fan motor or belt issue.  What you hear running is the water pump.  However, without air to evaporate the water, your cooler is basically either re-circulating water or running the water pump long enough to prime the pads before it’ll automatically shut down (depending on the model’s design).

If your water pump motor is running and water seems to be circulating, another thing to check is your water pads and water distributor.  Sometimes the distributor can get clogged due to things like hard water or normal grime.  The pads, too, face the same issue and need to be replaced occasionally.

If you find indications of clogging or build up, the result may be uneven distribution of water across the pads, causing incomplete heat transfer.  Basically, not enough water is being evaporated to cool the air sufficiently.

That’ll make it seem like your cooler isn’t working at all even though it sounds like it is.  The fix is to unclog any clogs and replace your pads based on your manufacturer’s recommendations.

You’ve already inspected the fan and belt and everything seemed fine on that end.  However, you may still not be getting sufficient air flow.

If you have a portable swamp cooler, you should always try to position it near an open window or door where it can draw as much natural air through it as possible.

You also need to make sure the intake vents of your cooler have enough room around them, too.  So, don’t put it in the corner under a pile of laundry.

This one may not be a common solution but it could be the simplest and easiest explanation to why your swamp cooler isn’t working.  In this case, it boils down to your current climate.

It’s hot, yes.  And you’d really like your swamp cooler to make your living space cooler.  But it doesn’t seem to be doing the job, right?

Now, if your swamp cooler has good power and a good supply of water and everything seems to be “functioning” the way it’s supposed to but the air being circulated feels warmer and damper than it should, well, how’s the air outside feel?

As you already know, swamp coolers are very effective at doing the job of cooling in a hot and arid environment.  In other words, in a place where humidity is normally pretty low.

The key word in the previous sentence being “normally”.  It’s not unheard of for places that enjoy dry climates to occasionally experience times of higher humidity due to an influx of tropical moisture.  This is very true for portions of the west coast United States.

So, if there’s a big influx of tropical moisture, it’ll still be hot but also a lot more humid.  With more humidity comes a reduction in your swamp cooler’s ability to evaporate moisture naturally.

So, if you don’t think your swamp cooler is working as designed and the humidity is higher than normal outside, well, it is working.  It just can’t cool the air like you’re used to because it can’t overcome the humidity outside.

The fix in this case is either to run a portable air conditioner, if you have one, or use a normal fan.  It’ll at least move the air in your home without increasing the humidity.

When using any appliance that involves water, you’re going to face the necessity of maintaining a certain level of cleanliness.  As mentioned already, build-up in your pads and water distributor can cause issues.  So can old stagnant water in your reservoir if your swamp cooler hasn’t been used in a while.

Other than doing a routine cleaning of your unit, you’ll also want to occasionally flush your water system with vinegar.  This helps not only prevent build-up but also prevent mildew and algae growth.

If you have odd odors coming from your cooler when you run it, that’s more than likely mildew or algae that needs to be cleaned.  Besides the smell, mildew and algae can also impact heat transfer by reducing the effectiveness of water evaporation.  Vinegar is the big help here.

The bottom line when it comes to cleaning is preventive maintenance.  Cleaning routinely will help ensure your swamp cooler runs normally.  If it isn’t running right due to cleanliness issues, you may have a lot of work to do.  Thankfully, if that is the issue, it shouldn’t be hard to resolve.

A swamp cooler that isn’t working isn’t good situation to deal with.  Finding the reason why it’s not working can be frustrating as well.  The thing to remember is to be patient and to systematically eliminate the possible causes behind your cooling issue.  The issues you always want to consider are:

The problem can be one or several things among those possible issues.  Some are easier to correct than others.

If you find it too frustrating to find the problem or you do find the problem but the corrective action is out of your ability to fix, don’t hesitate to call a technician for help, especially if the issue is complicated or electrical-related.

Also, keep in mind safety factors (both electrical and if your swamp cooler is in a hard to reach location like a roof), external weather conditions if your cooler is located outside, and warranty items you’ll need to consider before fixing yourself. 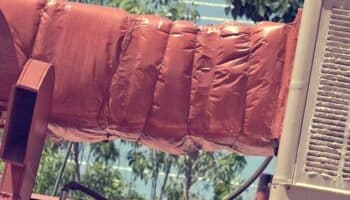 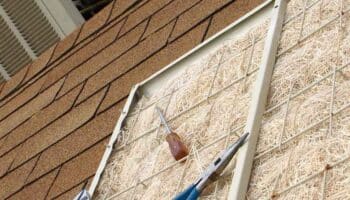 Got a swamp cooler that’s leaking water? Although it’s not the end of the world, it might feel like it if that water is dripping out of your cooler before it can cool that hot air roasting your room or home. Let’s take a look at your leak, what’s causing it, and five simple steps to fix it. 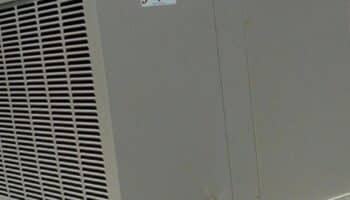 If you have a swamp cooler that won’t start you’ve got basically an over-priced waste of space. Okay, that’s not completely true, unless you don’t do anything to fix it. So, rather than just wonder what the problem may be, let’s jump straight to some possible causes and the simple fixes you can try to save your swamp cooler. 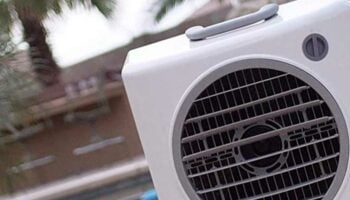 A swamp cooler will naturally add some humidity to the cool air it produces. It’s a part of the evaporative process that the swamp cooler brings to the table. However, it’s making things just a little bit too humid, or if it’s starting to feel like an actual swamp in your home, here are five things to try to knock the humidity back down.