Does your rice cooker keep boiling over? You might be using too much water. Here are 4 quick fixes to try.

Having your rice cooker make a mess of your kitchen countertop is a nightmare. All you wanted was a nice, quiet meal, and instead got an additional household chore. Why is this happening?

There are many reasons why your rice cooker could be boiling over. From the amount of rice you’re using, to not washing it properly. Whatever the case may be, it needs to stop as soon as possible, so you can get back to normal.

Below, I’ve prepared a list of the most common causes behind this occurrence, you’ll be surprised at how simple the answer is and how quickly you can address the issue.

All you need is a colander, some running water, a wooden spoon, and maybe a couple of drops of oil.

Your Rice Cooker Might Keep Boiling Over Due To…

If your rice cooker is not heating up, not turning on, or overheating, I would probably suggest taking a look inside to discard any internal malfunctions or loose components, but given the nature of the issue, it’s quite likely due to a user error.

Hey, I don’t blame you. As simple as it looks, rice can actually be a very complicated ingredient to deal with! I promise that, once you’re done going through this list, your rice will be better than ever, and your unfortunate culinary situation will be a thing of the past.

#1 You’re Not Washing the Rice Properly

Wash your rice under running water

As you probably already know, rice, along with potatoes, pasta, bread, and many other carbohydrates, is rich in starch. This polysaccharide is responsible for making up most of this food’s chemical structure and is normally used as a sauce thickener.

If you do not wash your rice properly before putting it to cook inside your rice cooker, there’s a very big chance that it will create copious amounts of foam, boil over and even make your rice clumpy. Such a disaster!

Solution: Grab a colander and place your rice inside it.

Place the colander under the running water while washing the rice with your hands until it runs clear. All that white-transparent stuff at the bottom is the so-called starch.

This should take about a minute or so, depending on how vigorously you’re washing.

#2 Your Pot Is Still Dirty From the Last Batch

What?! You washed your rice and followed the instructions from the previous step to a tee, and your rice cooker is still boiling over?

No matter how well you wash your rice, or how clear the water under it runs, if you missed a spot or two on the pot, your starchy problem will remain. Fortunately, this is also very easily fixed.

Solution: Try leaving your rice cooker’s pot soaking in hot water for 10-15 minutes prior to washing it. This will loosen any starchy remains from the pot’s walls and make it easier for you to scrub them off later.

As a nice bonus, making sure that your rice cooker’s pot is squeaky clean between batches will also improve the taste of your dishes, as they won’t be contaminated by leftovers.

Do not exceed your rice cooker’s maximum capacity

As you know, rice doubles in size when it’s ready, which means that it needs a lot of free space to safely cook.

If your rice cooker keeps boiling over, you might be exceeding its recommended maximum capacity. Doing this is easier than you think, as it’s normally recommended to not cover more than half the pot with dry rice.

Your boiling over problem could be fixed simply by adjusting the amount of rice you’re cooking in every batch. If you normally need to cook big portions for your entire family, it would be a good idea to spend some money on a bigger appliance.

Alternatively, you can also try to switch the grain length you use, as each one will provide different results.

This should prevent your rice cooker from boiling over, but don’t overdo it. If you fill it to the brim, there’s no rice variant that won’t give you trouble.

A bit of oil can make a big difference

This might sound counterintuitive, as the premise of adding more ingredients to the mix doesn’t really make sense if you want to prevent your rice cooker from boiling over; however, it works.

Adding a couple of drops of oil into your rice mixture prior to cooking, will not only give it a nice texture but also prevent it from sticking together. Additionally, it will help break down the starch and get the foam under control.

Moreover, adding oil during the cooking process will make your life easier when it’s time to wash your rice cooker’s pot.

Remember, do not go overboard, a couple of drops are more than enough.

#5 Use a Wooden Spoon

This is a solution more commonly used to fix pasta spillage, but, it works wonders in this case as well. After all, they’re both starchy foods.

Although rice cookers are designed to operate with the lid on to guarantee the most efficient temperature preservation, if nothing else works, you can try removing it and placing a wooden spoon over your cooking rice.

When the foam boils to the top, it will remain there, but it won’t boil over.

Having your rice cooker keep boiling over is frustrating and inconvenient, especially when you’re busy or trying to get other things done around the house.

You might be tempted to blame your appliance, and even try to get a new one. Don’t. There’s a very good chance that solving the issue is only a matter of washing the rice prior to cooking it, or soaking the pot between batches.

Always make sure that you’re using the right grain length for the result you’re looking for, and do your best not to exceed your appliance’s maximum capacity.

Using a couple of drops of oil in every batch can prove beneficial to your preparations, and make the washing process much simpler.

Rice is one of those foods that require special attention to detail and a long process of trial and error, so don’t get discouraged.

Thank you for sticking with me all the way to the end. If you found this information useful and learned something new, why not continue your journey with our other incredible resources below? There’s no such thing as knowing too much. 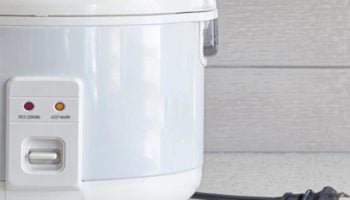 Does your rice cooker keep switching to warm? You might have to press down on your relay’s spring. Here are 5 possible reasons why this happens. 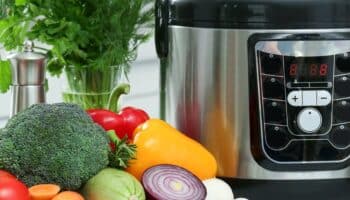 6 Weird Smells Your Rice Cooker Might Make (With Fixes)

Is your rice cooker making weird smells? The solution to your olfactory distress might be closer than you think. Here are 6 of the most common causes, and how you can fix them. 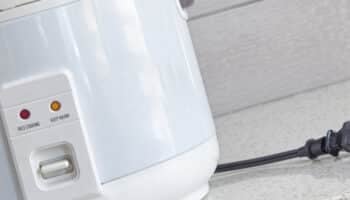 Is your rice cooker blowing fuses or tripping breakers? Even the smallest component could be to blame. Try this. 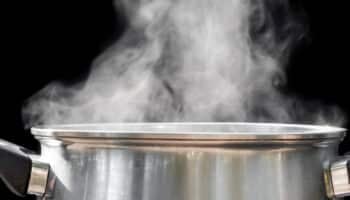 Rice Cookers vs Boiling Your Own Rice: A Clear Comparison

Rice cookers vs boiling your own rice. Are you torn between price and convenience? Here’s a clear comparison!