No one likes it when their lawn mower has sounds coming from it that are more appropriate for firearms.  This is, of course, a reference to a backfiring engine.

Have you experienced this recently with your mower?  Everything seems fine.  It’s a nice day, you mow your lawn, and then when you turn the mower off you get the proverbial BANG-BANG sound (or something similar).

You may think for a moment it came from a car nearby.  But that thought quickly fades when you realize that it was your mower and not the neighbor’s truck.  Unless you have an electric mower, in which case it probably was a car.  Because if you get an explosion with an electric mower, you’ve got all kinds of different issues.

Anyway, back to backfires.

The next thought, probably in rapid succession, is why is your mower backfiring?  Perhaps that’s followed by you asking out loud to no one, “What causes a backfire?”

Well, there could be several reasons for your mower backfiring, especially when it’s hot.  With each reason comes a possible solution.  So, without further delay, let’s take a look at the possible issues and what can be done to correct them.

First things first, let’s chase away some fear that might have crept into your heart when you realized your mower was backfiring.  The noise you heard was a tiny explosion.  That sounds bad but the good news is it’s not something blowing up in your engine.

Before going further, yes, the mower does have tiny explosions occurring in the engine that are part of the engine’s normal cycle (also known as the combustion phase).  Don’t worry about that.

No, the explosion you’re hearing is due to the ignition of unburned or residual fuel that makes it into the mower’s exhaust system.  That doesn’t mean there isn’t an issue that needs to be dealt with.

For troubleshooting purposes, it helps to know where to start, though, and it’s the exhaust system.  Don’t go tearing apart your engine right off the bat.

2.  The Science of Combustion

Before we get to unburned or residual fuel in the exhaust system, let’s take a quick look at how fuel is used to create energy.  The exhaust system is a key part of the whole process but does, as its name implies, comes in the last stage of energy creation.

The first stage is the intake system.  This involves your mower taking in atmospheric air to mix with fuel within your mower’s engine cylinders.  This mixture is compressed and ignited with a spark plug.  The explosion creates expansion within the engine which creates energy that is translated to work (i.e., the mower’s now able to rotate its blades and cut your lawn).

Once the energy is translated to work, the leftover waste is exhausted in the form of gas.

The same is true for a car engine, only the energy created by a car engine is translated to the transmission and tires vice to rotating blades like a mower.

3.  Backfire While Securing the Engine

You’ll probably notice after this topic of backfires while securing your mower’s engine, the next topics are backfires that occur during operation and then trying to start the engine.  Seems like they should be covered in the opposite order, right?  From start to secure instead of vice versa?

Ah, but there is a method to this order.  You see, backfires usually occur while securing an engine.  Next in line is during operation.  The least likely is experiencing a backfire when starting.

So, let’s start with the most common: dealing with a backfire while securing your engine.

The main culprit in this scenario is a poor fuel to air mixture that results in incomplete combustion.  If you run the mower at normal speed and suddenly slow it or secure it without gradually reducing the engine demand to idle for a few seconds, your engine’s timing can get thrown off.

If this happens, you may have more fuel than air mixed in the combustion chamber, which can lead to the secondary combustion of unburned fuel in the exhaust system.

To avoid this, gradually lower your mower engine speed rather than shutting right off.

If you’re experiencing backfires during lower RPMs, you’re probably dealing with something similar to a backfire while securing the engine.  There’s probably something wrong with the fuel-to-air mixture that’s impacting the engine’s ideal combustion.

One of those things that could impact during and securing from operation is the quality of the fuel you’re using.  Gas high in ethanol content burns hotter which will cause a hotter combustion chamber.  If your engine’s cooling system can’t keep up with the heat being generated internally, your combustion timing will be out of synch, which can lead to unburned fuel making it into the exhaust system.

For cases like this, try a gas that has lower ethanol content.  Also, avoid mowing in hot conditions.  Hot conditions can already affect the performance of your mower when it comes to fuel and evaporation, adding a fuel that burns hotter than normal won’t help.

If the type of fuel isn’t the issue, it may be time to inspect your spark plugs.  Faulty or failing spark plugs have a huge impact on the quality of combustion.  If fuel is getting sprayed into the combustion chamber and not all of it is igniting, it can leak by into the exhaust system, where it can mix with hot gas and combust there.

Speaking of hot, did you catch that part about backfires and heat?  Yes, hot fuel on a hot day (i.e., hot air) with less than ideal engine combustion can lead to hot fuel in the exhaust system and backfires.  So, you probably don’t want to do a lot of troubleshooting until the ambient temperature goes down some to at least eliminate that from the list of problems.

When you do get to troubleshooting why your engine may be hot even though you’ve got lower-alcohol rich gas, you’re going to want to inspect your air intake system to ensure proper airflow and your engine’s cooling system.  Specifically, are the combustion chambers getting cooled as they’re designed to.  For this, you’ll either want to consult the manufacturer’s manual or a technician.

5.  Backfire When Starting the Engine

Experiencing a backfire while starting, or attempting to start, an engine should be a rare thing.  Usually, if this happens, it’ll probably be an issue with the carburetor (again, that whole fuel-to-air mix) or something like a flywheel.

If there’s a problem with anything like those, your engine shouldn’t start at all.  The backfire would be the result of possibly flooding the engine and it being hot enough to still ignite in the exhaust.

If the engine does manage to start, the problem will still affect the engine’s timing and you’ll probably start to see oil leaking from the engine as a result of the unaddressed damage.

A lawn mower that backfires is far from a great thing.  However, it’s also not the end of your mowing world.  Yes, it’s something that requires troubleshooting to affect the repair necessary for your specific situation.  That doesn’t mean you’ll need to go out and buy a whole new mower right away.

Remember the main things that cause backfires:

Again, take a look through the possible reasons when and why your mower is backfiring and try the recommendations to see if one of them solves the problem.  If none of those work, then it’s time to call a technician or service center to prevent damage to any components or the exhaust system itself. 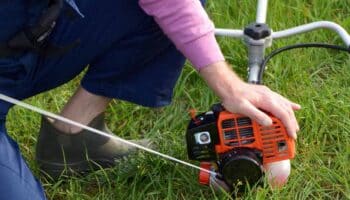 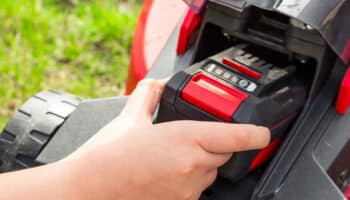 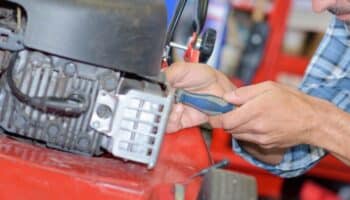 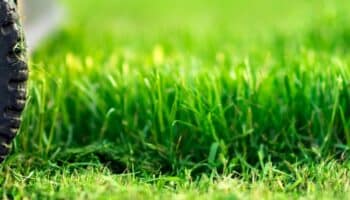 Lawn Mower Not Picking Up Grass? Try These 9 Easy Fixes

Is your lawn mower having issues picking up grass? Take a look at these nine easy fixes that can take care of your problem in no time.