When weighing up a whole-home cooling system, it’s easy to get stuck between a ductless mini-split system, or traditional central air conditioning.

Which system to use depends on your home. The short answer is to go with central aircon if you already have ducts installed. If not, then avoiding the ductwork cost makes a ductless system much cheaper. In addition to being more efficient, and quieter. More on this below.

How do Ductless Air Conditioners work?

Unsure exactly how those mysterious wall boxes cool our rooms? Check out our detailed guide to how mini-split air conditioners work. It’s got full descriptions and with illustrations of how central and ductless air conditioning systems work.

For a full comparison, let’s take each system based on their various performance categories.

Try to consider which of the categories would be most important to you (for example, price vs. zone control). You can then put more importance on the system that performs best for those categories.

The big talking point first. There’s a few considerations to be had when it comes to dollars spent on these cooling systems.

As mentioned above, the main conclusion is that ductless is cheaper if you don’t have ducts. If you already have ductwork installed, go with a central conditioning system.

Typically a professionally installed ductless system will set you back between $1-2k for one inside unit, and one outside unit. This increases by around $5-700 for each additional inside unit.

For heating-capable mini-split units, the initial cost increases to around $3-5k.

Alternatively, a central air system will cost somewhere between $3,000-$4,000 – without ducts. As a (very) rough estimate,  double that to include the cost for ducts.

A key point is that ductless systems are generally cheaper to run. You can focus the cooling, and they’ve got less efficiency loss due to issues with ducts. They also need much less maintenance over time.

So while the upfront cost may be higher for a ductless system, their efficiency and low maintenance will save you money in the long run.

Central AC does have one last trump card, however. Having a full system installed can increase the value of your home by up to 10%.

I just spilled the beans above, but ductless systems are more efficient, generally, than central air. This is mostly due to leaky air ducts losing air, as opposed to tight, small conduit tubes that are well-sealed.

That said, ductless systems are not as powerful as a central aircon setup. Especially with added inline duct fans. As a general rule of thumb, if your total square footage of cooling is above 2,000 sq. ft [DrHVAC], you’re in central air conditioning territory. While smaller spaces can take advantage of the focused cooling offered by a ductless system, overly large spaces need the power of a full-sized furnace.

Central air conditioning units don’t have to be noisy. At least not that you can hear. If you can keep the main unit in the basement or attic – it’s not too much of a bother. However, ductless systems are still unbeatable on quietness. By having the noisy compressor in the unit that sits outside your home, it means you’ll typically enjoy a quieter home environment.

That said, some modern central aircon systems are getting much quieter, while some shoddy ductless systems may not be. Always check the specifics, or ask a specialist, once you’re getting close to choosing.

This is a big one. No matter how it’s done, central air conditioning is a pain to install. EVEN if you already have a full set of working ducts, you’re still needing to install a big, bulky system within your home. This should always be done with professional help.

Alternatively, ductless units are a cinch to install. The outside unit is, well, outside. And the inside units? They hardly weigh much, and just need clipped on to the wall. Most of the planning can be done before a contractor arrives, so it’s just the quick task of drilling a small hole for the conduit, and hanging (or recessing) the mini-split unit.

Another great aspect is the control you have. You can choose exactly where you want your cooling power to be installed, allowing you to get the most out of your home and save the most on your energy bills.

Both mini-split and central aircons can offer you zone control. The better option? Ductless. 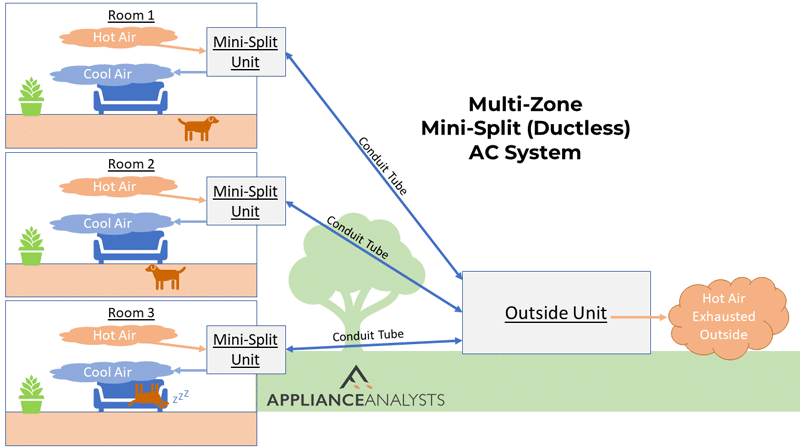 For a central system to vary the cooling per room, it typically requires a state-of-the-art unit with upgraded air ducts. This can cost a real pretty penny.

If you’re budget conscious, a mini-split system can do this in a cinch. With individual cooling units comes varying, controllable temperatures.

This isn’t just great for saving you money on bills. It’s also a big bonus for the family. If one person loves a cool bedroom while you want to keep the living room a bit warmer, it’s no problem. No more fighting over the thermostat!

To give a quick overview, I’ve covered just about every pro and con there is for both systems in the tables below.

Lastly, there’s a few other aspects to consider. I’ll quickly go through them:

1. Looks. Central aircon operates using (mostly) hidden vents, while a ductless system does need a unit inside your room. While this can be recessed into the ceiling or wall, a standard wall-mounted unit is likely the easiest solution. That said, these units do look modern, and don’t exactly ruin the feel of a space.

2. Heating. If you live in a cooler climate, bear in mind that a mini-split system can offer you heating, too. Although it’s a bit expensive, the two-birds-with-one-stone approach to installing zone-controllable heating at the same time can be a huge advantage.

3. Allergies. An unfortunate downside of air ducts is that they get dirty over time. Pollen, mold, dust, even animal droppings can accumulate within them! These can be horrible not only for smell, but also for anyone with allergies like hayfever. A good ductless system has efficient, easy-to-clean filters that keep your air fresh. However, they don’t bring in…

4. Fresh Air. As good as filters may be, there’s nothing as refreshing as fresh air. The air ventilation you get from a central conditioner isn’t possible with a ductless, which uses your inside air only.

Other Types of Air Conditioning

As well as ductless and central air conditioning, there’s plenty of other options out there.

Have you considered using window or portable units?

Many think these one-stop units suffer from lack of power or control, but modern models beg to differ. 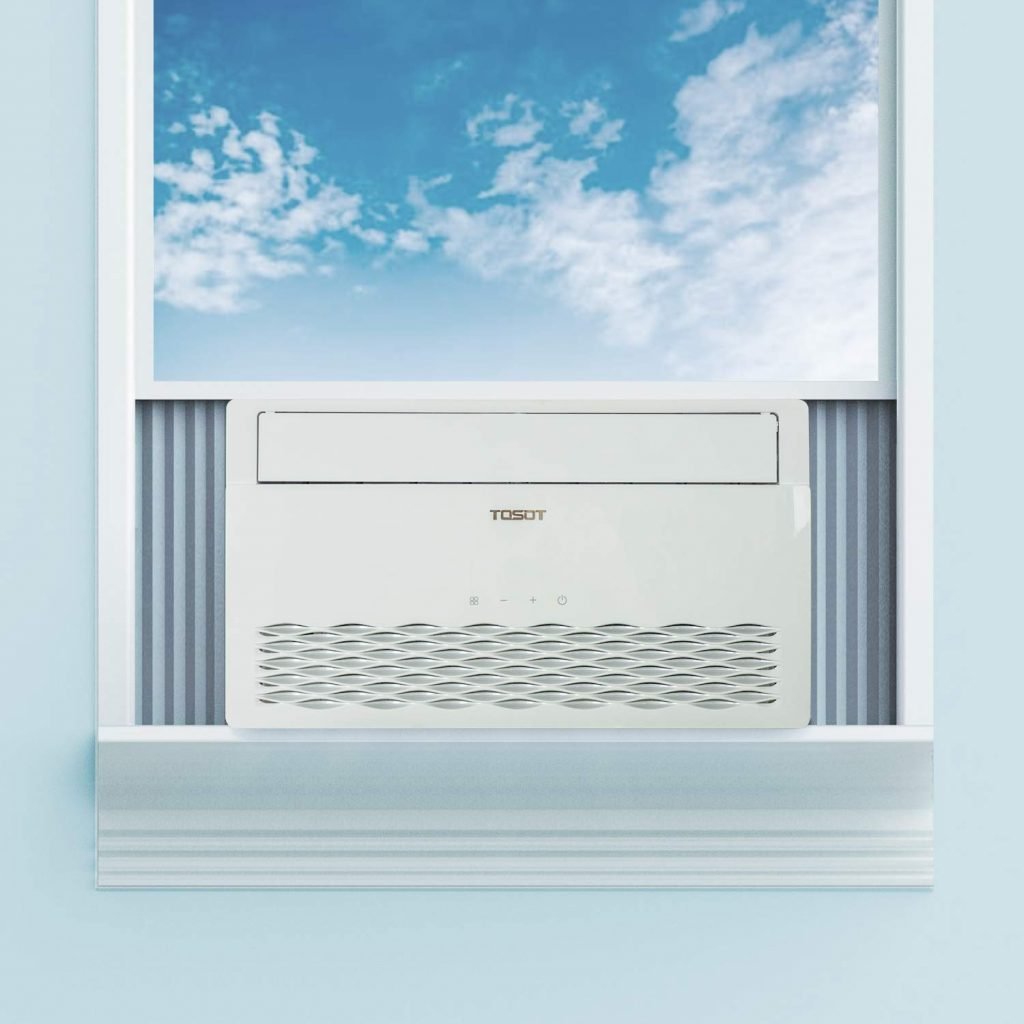 Window air conditioners have started to look great, too. No more ugly boxes that look like they’re from the 80’s.

With remote controls, thermostats, wifi connectivity, and programmable timers – portable and window air conditioners can be a fantastic option for the right space.

If you own a small home or an apartment, these could be a fantastic (and far cheaper) option than going for a full ductless or central air conditioning system.

Mini-split and central air systems are a key choice for any homeowner. They’re a huge investment, and can even affect the value of your home!

I hope this guide has helped you consider which one’s best for you personally.

Again – the general consensus is to go central air conditioning if you already have air ducts, or ductless if you don’t. Neither are a bad choice, though – as we see more and more of the quieter, more efficient ductless systems get installed around the country.

If this guide’s helped you, please consider supporting us by checking out some more articles below!

Have a great day 🙂 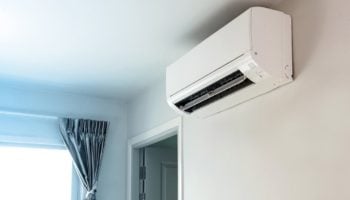 Air conditioning without air ducts? How does that work?! Mystery solved with illustrations and other frequent questions answered here. 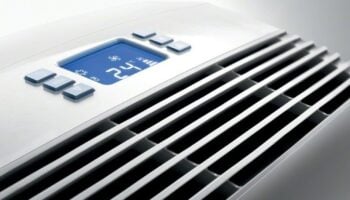 Can you afford to be without a quiet portable air conditioner this summer? Check out this free guide today to beat the heat tomorrow. 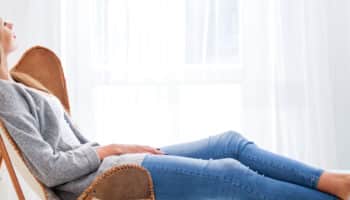 Tired of that old ac rattling and whirring away? Check out our guide to the best and quietest window air conditioners on the market today. 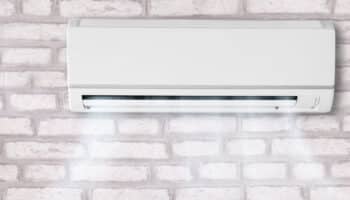 Air Conditioner Can’t Keep Up? Plus Tricks to Help It Out