Refrigerants can sometimes seem like these mysterious substances that make air conditioners “work”.

I wanted to know more, so I’ve done a bunch of research to understand them better. Though their names sound complicated, they’re actually quite simple!

Your air conditioner will use either an R-22 or R-410A refrigerant. R-22 is being phased out by the EPA: it’s harmful to the environment. R-410A is a more efficient replacement. If you have R-22 you’re not required to replace your air conditioner.. but it’ll get harder to repair.

That’s the short answer – but there’s a bit more to it than that.

I’ve tried to write this article in a ‘FAQ’ type format. I’ve answered all the questions I had when I researched this, and hopefully those you have, too.

Contents show
1 What Refrigerant Does My AC Use?
1.1 What’s the Difference?
1.2 What About The Chlorine In My Pool?
2 Why Should You Care?
3 What If My Refrigerant Is Banned?
3.1 A Note For When You’re Upgrading
4 What Is A Refrigerant?
4.1 What Are Refrigerants Made From?
5 Who Invented Refrigerants?
6 Conclusion

What Refrigerant Does My AC Use?

Unfortunately, I can’t see your air conditioner. So I don’t know!

To learn which refrigerant your air conditioner uses you’d need to check it yourself. It should be clearly stated on the label of the AC.

However, I can make a good guess for you.

If your air conditioner was made before 2010, there’s a good chance it uses an R-22 refrigerant.

And chemists never like anything to be easy to explain.

Flashback to being confused in science class, anyone?

Having either of these chlorine compounds makes the refrigerant so bad for the environment that they are classed as Ozone-Depleting Substances (ODS). The EPA has been working on phasing them out by 2030.

These bad refrigerants were banned from new production or importing in 2010. And now in 2020, they’re getting banned from being used in new products at all.

Now the good. The R-410A refrigerant which doesn’t contain chlorine. It’s based on:

Oh sure, the letters of ‘HFC’ look totally different to ‘HCFC’ and ‘CFC’.

They don’t look similar at all… /sarcasm

Notice that the good ‘HFC’ term doesn’t contain the letters ‘Chloro’ – for chlorine.

What About The Chlorine In My Pool?

Thankfully the chlorine we use in our swimming pools is absolutely fine.

The problem is with the ozone layer. That mysterious area of our atmosphere way up in the sky. Substances like chlorine harm it.

However, the chlorine in a swimming pool is nowhere near as concentrated as that in a refrigerant. It’s not strong enough to survive the 20+ miles up into the atmosphere without being broken up and washed out by rain.

Why Should You Care?

Technology is always developing and improving the products we use. Air conditioners are no different.

Because old refrigerants contain chemicals like chlorine they’re being phased out by the Environmental Protection Agency.

Sources of the refrigerant will become rare, pushing prices higher making it more expensive if you need a repair.

Give it a few more years and you’ll need a lot of luck getting replacements and support for systems for outdated refrigerants!

What If My Refrigerant Is Banned?

It’s not at all banned to have and use these old refrigerants.

The EPA is simply phasing them out of new production. That way they’ll all eventually be replaced.

You don’t need to do anything right now.

However. You may find that it’s going to become more expensive and harder to find replacements for your refrigerant.

All this means is that you should consider upgrading your system at some point. This doesn’t have to be urgent. But at the same time, you don’t want to end up with a broken AC system, and finding it impossible to get it repaired.

A newer system will also have better efficiency thanks to the new refrigerants – saving you money through the summer.

A Note For When You’re Upgrading

If you have a lot of the refrigerant, please don’t just throw it in the nearest landfill. The EPA states that these subtances must be stored, reused, or destroyed.

Throwing away a large quantity of old refrigerant? Please consider getting in touch with one of the ‘destruction facilities’ below which can safely handle these refrigerants.

What Is A Refrigerant?

To make sure we’re all on the same page, it’s important to agree on what we’re talking about…

For the purposes of air conditioning, the refrigerant is simply a liquid or gas that soaks up heat from the air around it. It’s then processed to remove that heat and make it cool again, before being sent back to take out more heat from the air.

When cold it’s a liquid, and as it gets warm it evaporates into a gas – then squeezed to higher pressure in a compressor. It’s cooled down via a condenser, and the warm air exhausted outside.

The refrigerants used in air conditioners work the same as those in refrigerators and freezers. 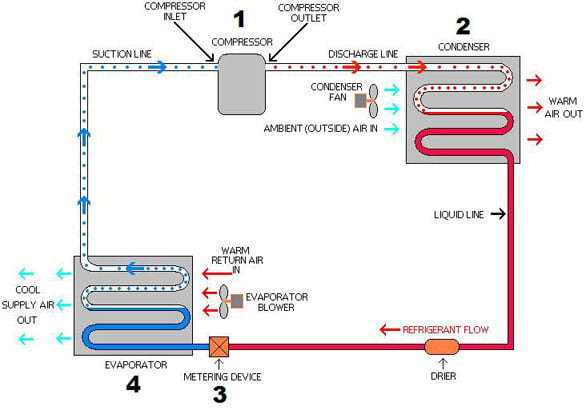 A typical AC system diagram. Solid = Liquid, Dots = Gas. All air conditioners (central, window, portable, and mini-split) are based on this model. Source.

What Are Refrigerants Made From?

I originally had this question penned because it sounds like chlorine compounds are just one ingredient in these refrigerants.

However, that’s not the case.

A refrigerant is basically one chemical compound – and that’s it. There’s nothing else to it.

The specific chemical compound varies a lot, though.

There’s a full list of around 200 known refrigerants on this Wikipedia page.

As a Civil Engineer I’ve always been taught to be entirely scared of the stuff – but it does play a very effective role in cooling.

The history of refrigerants dated back to the 18th century. Involving a Scottish physician (William Cullen), Benjamin Franklin and his working partner John Hadley, and Michael Faraday.

Each of these people are recognized as being involved in understanding how the liquid to gas transition can provide a way to absorb heat from the air.

Refrigeration was truly invented by a Doctor – John Gorrie. It was to try and help patients suffering from high temperatures.

Gorrie developed the first refrigerator – the first appliance that made ice using this liquid to gas mechanism.

It was finally recognized and patented as refrigeration in 1851.

A German engineer further developed this into working as an air conditioner in 1876.

Fast forward a hundred years, and 1928 saw the creation of CFC refrigerations – that I spoke about above.

Those have been used everywhere since then, and have only begun to get recognised as harmful and phased out since the late 1980’s.

We’re now in the latter stages of that phase out, with R-410A being the global refrigerant of choice for air conditioners. (At least until we develop something even better!)

And that’s all he wrote!

I just wanted to leave this quick note to say thank you for reading this article, and I hope that it helped you.

We’re providing all this content for free, and are supported only by you – our readers.

If this guide helped you, please consider supporting us by checking out some more of our articles, or signing up to our mailing list. 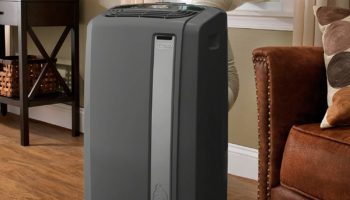 Make sure your air conditioner is making as you cool as it can, lasting as long as possible, and keeping your electric bill down with these 21 simple tips. 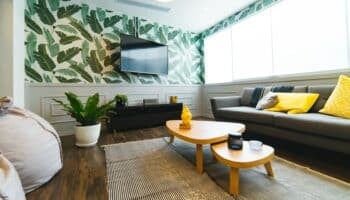 How Cold You Should Set Your AC Thermostat

Feeling the summer heat? You should know there's a minimum temperature your AC can go to. Shared here, with 5 free tips to increase your cooling efficiency.

Suffering in the heat sucks. I've put together this massive list of tips to help you fight back. Check them out to reclaim some cooling comfort! 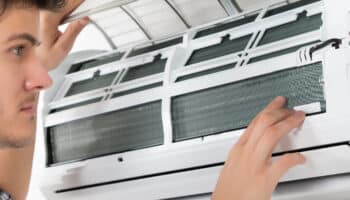 Why Your Air Conditioner Keeps Turning on and Off: 6 Fixes

Wondering why your air conditioner keeps turning on and off? Here are 6 possible problems and solutions.