Do you hear your pipes banging all the time? If so, you may think you are involved in a ghost story; however, the more likely issue is that something is probably wrong with your pipes. At the same time, banging pipes can keep you up at night, make it hard to focus, and bother your pets and children. Therefore, you would probably like to figure out why this is taking place.

After diving into all the research possible, we have uncovered several possible reasons why your pipes might be banging. These include:

Even though it is great to have the answer to your banging pipes, wouldn’t it be better if this was fixed? Learn more about by these issues could be causing your pipes to bang, and then figure out what you can do to fix them.

Contents show
1 What Sorts of Noises Do Banging Pipes Make?
1.1 A Note on Water Hammers
2 Why Are My Pipes Banging?
2.1 There is Not Enough Cushioning in Your Pipes
2.2 The Pipes Are Loose
2.3 The Water Pressure Is Too High
3 What Can I Do About the Problem?
3.1 Fixing a Water Hammer
3.2 Random Banging Noises
4 Fix Your Banging Pipes for Good

What Sorts of Noises Do Banging Pipes Make?

Therefore, if you hear something coming from your pipes when no water is going through them, it is important to address the issue as quickly as possible. If you ignore it, it might get worse.

A Note on Water Hammers

Of note, there are some people who described water hammers in the pipes. This usually takes place when water is at a high pressure before suddenly being shut off. When this happens, the water has nowhere to go, so the pipes end up making a loud banging noise.

Why Are My Pipes Banging?

So, if your pipes are banging without any water going through them, what are some of the possible reasons why? A few common reasons why you might be hearing banging in your pipes include:

There is Not Enough Cushioning in Your Pipes

The first reason why you might be hanging dining in your pipes does that there is not enough cushion enforced. Typically, there is an air chamber behind the wall that is responsible for holding your pipes.

When retraction takes place, water rushes back through the vertical plumbing pipes. Then, it strikes the air chamber. Typically, there is a cushioning force that prevents water from climbing against the pipes. If there is not enough cushioning, then you hear a loud banging noise.

If your pipes do not have enough cushioning, this could be a sign of damage to this air chamber. As a result, there is no more cushion to soften the force of running water. The result is loud noises coming from your pipes.

A few of the most common reasons why the cushioning behind your pipes gets damaged include:

This is one of the most common reasons why you might hear banging noise is coming from your pipes when there is no water flowing through them.

The Pipes Are Loose

Another common reason why you might be hearing banging noise coming from your pipes is that the pipes have come loose. If your water is at relatively high pressure, this can cause the pipes to come loose. The pipes might not be fitted against the frames properly, causing them to vibrate.

If it sounds like there is a hammering noise coming from your pipes, this is probably the issue. It is important to address this problem quickly because your pipes might be getting damaged. If your pipes are damaged, or if they start to corrode, they might eventually burst, leading to a disaster. That is why you need to investigate this issue as quickly as possible.

The Water Pressure Is Too High

Furthermore, if your pipes are under a tremendous amount of pressure, this is incredibly bad for them because it could damage the structural integrity of your plumbing system. Eventually, your pipes might burst, leading to flooding in the building.

In general, you should try to keep your water pressure below 75 PSI. Anything about this pressure is considered dangerous for your plumbing system. Furthermore, it could cause your pipes to vibrate, making all sorts of strange noises.

Ultimately, these are just a few of the many reasons why you might be hearing your pipes make noise even when there is no water going through them. What can you do about this issue?

What Can I Do About the Problem?

There are a lot of ways you can address pipes that are banging. The first thing to do is to figure out why this is taking place. Then, you can go to work on the solution.

If you think you have a water hammer problem, there are several situations where this might occur. A few examples include:

These are a few situations that could indicate you have a water hammer problem. This is something that usually takes place after a water valve shuts off without adequate warning. When the water from the pipes crashes into the valve, it can cause your pipes to shake, leading to a banging noise.

If you would like to fix this issue, the first thing you should do is figure out how old the pipes are. If your home was constructed in the 1950s or earlier, then there is a good chance that your pipes have air chambers. These air chambers are supposed to behave as a shock absorber, but they can fill with water, particularly if the pipes have not been replaced for a long time.

In an older home, what you need to do is turn off the water at the main valve. Then, you need to open the highest faucet inside your home as well as the lowest faucet, which could be in the basement. Once your faucets stop sputtering, you are finished draining your plumbing system.

Once this is done, you should be able to refill the plumbing system without having to worry about banging noises.

If your home is built in the 1960s or later, then there is a good chance you have something in your plumbing system called a hammer arrestor. Unfortunately, this is not something you can deal with on your own. This is complex machinery that needs to be addressed by a trained professional. For this reason, you should contact the plumber as quickly as possible.

On the other hand, if you hear random banging noises, there is a good chance there is sediment buildup inside the water heater that is causing this problem. Over time, mineral deposits can build up on the inside of your water heater. This can lead to banging noises inside your pipes. In order to address this issue, you need to flush your water heater regularly. That way, you can clean up the minerals that are building on top of the heating element, which is located at the bottom of the tank.

Fix Your Banging Pipes for Good

Make sure you take care of your water heater properly to prevent these noises. Finally, remember to contact a professional if you have any questions or concerns about your plumbing system. 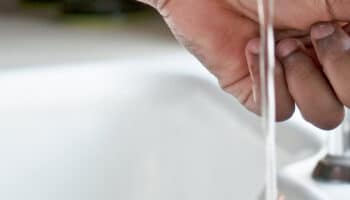 Faucet Won’t Turn Off? Stop The Drip In 4 Easy Steps

Not sure why your faucet won’t turn off? Then you’ll find 4 ways to stop it from dripping in this article. 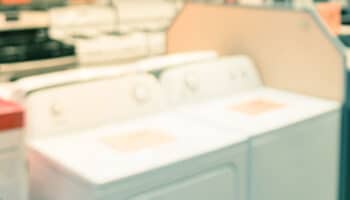 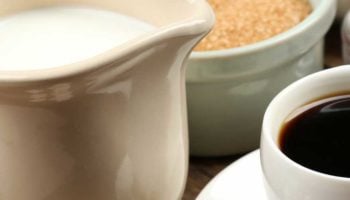 When we're rushed for time, a hot water dispenser can be a great lifeline. Here are the best options on the market, chosen for various awards. 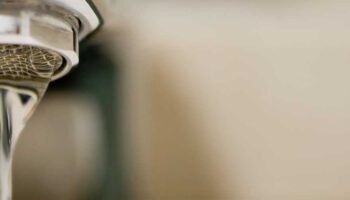 How to Calculate Water Bills (Double-Check Your Supplier)

Don't get blindsided by your next water bill. Estimate it (or double check your water charge) using this simple guide.