PEX vs PVC Piping: Make The Right Choice For Your Project

Are you looking for plastic piping for your next project and don’t know where to start?

In general, plastic piping is more affordable, durable and flexible to install: making it a popular choice for many buildings.

There are different types of plastic piping, and you’ll need to understand the pros and cons of each so you can make the best decision about which plastic piping to use. Let’s take a look at PEX vs. PVC to see which option poses less risk to builders and buyers.

Contents show
1 Pros & Cons of PVC
2 Pros & Cons of PEX
3 PEX A vs PEX B
4 Your Choice: PEX vs. PVC
5 Frequently Asked Questions
5.1 Why is PEX Banned in California?
5.2 Is PEX Safe for Drinking Water?
6 Conclusion

Polyvinyl Chloride, or PVC, is the most popular plastic piping for plumbing and construction projects, as it meets most building codes for piping applications (with the exception of hot water).

It’s cheap, widely available, and easy to put together into different shapes to meet your needs.

You don’t need metal or wood framework to support it. PVC can be used for waste, and it is resistant to corrosion. It also has a longer lifespan (between 50-70 years) when comparing PEX vs. PVC. It is recyclable and safe for use outside and above ground, though you’ll want to treat it with a UV paint to protect it as extended exposure to sunlight can make it brittle over time.

However, there is a higher leak risk with PVC as every connection requires an elbow – meaning there are more places for potential leaks. Additionally, PVC may crack if the pipe freezes. It can only be used for DWV piping as PVC can only be used up to 140 degrees. It should not be used for drinking water.

Crosslinked Polyethylene or PEX is really popular with home remodels, as it can be easily snaked through the walls because of its flexibility. It is also commonly used for flexible piping and radiant floor heating applications. PEX is recognized by all major plumbing codes as acceptable for water distribution. PEX can be used for hot or cold water, and is resistant to extreme temperatures, chlorine and scale. It is safe for drinking water only after it passes certification.

When comparing PEX vs. PVC, PEX is easier to install. While it uses more tools, it also has fewer connections, which means fewer places for potential leaks. The connections use cold expansion rings or crimp fittings – not glue, which can potentially leach into the water. In addition, if you need to connect PEX to copper or other metal pipes, it won’t corrode. It is also quieter than PVC pipes and has a lifespan of about 40 to 50 years.

On the other hand, PEX is more expensive and is more susceptible to UV light. PEX should not be used outdoors, especially above ground. It is less environmentally friendly when comparing PEX vs. PVC given PEX cannot be recycled, though it does require less energy to manufacture so it is more energy efficient in some ways.

PEX A vs PEX B

There are different types of PEX piping, and PEX A and PEX B are the most popular. While similar, there are some key differences that may impact your choice.

PEX A has been in use the longest, with very few reported issues throughout the years. It is more flexible so it can be fastened by cold expansion. That means the end can be fluted prior to being fitted. It is also more resistant to kinks, which can be repaired with a heat gun. PEX A has the highest degree of cross-linking and has no coil memory. On the downside, it is the most expensive and has a lower bursting pressure than PEX-B. There is possible residual or leaching chemicals from manufacturing processes with variation in wall thickness in PEX A as well.

PEX B, on the other hand, has the highest chlorine and oxidative resistance, as well as the highest bursting pressure. It has been in use for nearly as long as PEX A with no known issues. PEX B has the lowest dimensional tolerances and is the cheapest of the PEX options. When thinking about its cons, it is stiffer, has a lower cross-linking ratio and has noticeable coil memory. Lastly, you can only repair kinks by splicing/coupling.

These differences, while small, are meaningful. Keep in mind what you need for your project and choose accordingly if you are going to be working with PEX.

Your Choice: PEX vs. PVC

When choosing PEX vs. PVC, it will likely come down to cost and preference.

PVC is more popular, and it has been in use for longer, but PEX is rising in popularity as use becomes more widespread in the United States.

Keep in mind there has previously been a debate about the safety of using PEX pipes, especially in California, but independent testing refuted any safety claims. Still, PVC is a great choice if you’re not ready to try newer piping technologies.

Why is PEX Banned in California?

PEX is not currently banned in California. It was previously banned; however, in 2010, PEX was approved for use by the California Building Standards Commission. This continues to be a topic of debate, with builders and plumbers for using PEX and the pipefitters union and environmentalists against using it.

Initially, PEX was banned because it was reported that there were chemical traces from the PEX pipes seeping into the drinking water. Since then, additional third-party testing has shown that PEX is safe for consumers, even when comparing PEX vs. PVC.

Is PEX Safe for Drinking Water?

It does not appear as if there are any health risks associated with drinking water from PEX pipes. You may notice a slight taste or odor in water that that has been sitting in pipes over a long time, but other than that, it should be fine to drink! Unfortunately, there isn’t a lot of long-term research on the effect of PEX on drinking water.

I hope this quick guide has helped clear up the differences between PEX vs PVC.

If this content’s helped you, please consider checking out some of our other articles! Your time on our site really supports us in producing free, helpful content to thousands of questions on the web. 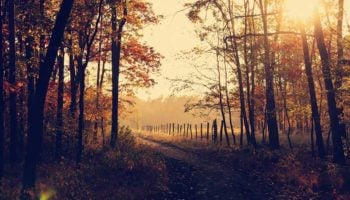 40 Fall Preparation Tips for your Home

Be certain you'll be ready for autumn with this list of forty different fall preparation tips. 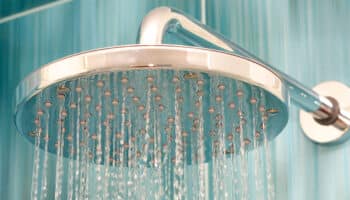 With so many models out there, it's hard to know which tankless propane water heater is best. Find out with our clear tips and recommendations here. 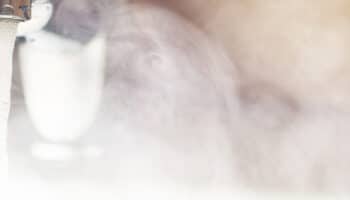 Gas vs Electric Water Heaters: Which Is Better?

Water heaters can last for over a decade, so it's important to get the right one. In this quick guide we compare gas and electric water heater options.