When it comes to heating our homes, there are a lot of options. One common consideration is forced air heating vs central heating. Which is best for you?

Only you know the answer to that, of course, but I’ll provide an in-depth summary of the differences, pros, cons, pricing, and more of forced air vs central heating.

With that info in hand, you’ll be in a better position to make the right choice.

Central Air is an HVAC system that uses ducts and air vents to distribute air throughout the home from a heat source such as a furnace. Boiler systems are also considered central. Unlike Central Air, Forced Air systems are limited to furnaces or any style of heat pump that utilizes ducts.

Keep reading! By the end of the page, you’ll be able to have a knowledgeable conversation with your HVAC contractor (and understand what they’re talking about).

What is a Forced Air HVAC System?

First of all, don’t feel bad if you’ve been confused about the difference, if any, between forced and central air. The terms are a bit ambiguous and there is some cross-over, so many, many people are confused.

Let’s talk a bit about the advantages and disadvantages of a few of the above-mentioned systems that are less popular.

Given the name, it should come as no surprise that these units use a pump to force air through the ducts and bring a home up to the desired temps.

Heat pumps work on the principle of heat transfer. This means they don’t need to burn any type of fuel to produce heat, they simply move heat from one spot to another.

These units sit outside the home and extract heat from the air, then they transfer that air to a coolant. Then the coolant is compressed, which causes a significant rise in the air temperature.

Once that part of the process is complete, the coolant is transferred to the heat pump’s indoor part of the unit. Now in the inside unit, the air is passed over the hot coolant—hot coolant messes with my head. Anyone else?—and the air temperature rises until it means whatever heat the thermostat is calling for.

One of the truly unique benefits of a heat pump is that they are good for both heating and cooling.

Once the outdoor weather heats up, you simply reverse the system and cool air that’s coming into the home instead of heating it.

The best part? Heat pumps used as a cooling system are highly efficient. Some contractors even claim they are far superior when it comes to cooling a home than an air conditioning unit is.

The biggest problem with a heat pump is they are not suitable for cold climates where temps fall below freezing for extended periods of time. Remember, they need to be able to extract sufficient heat from the outside air in order to be able to heat a home. Having said that, many heat pumps do come with an auxiliary heating element that can kick in when necessary.

These systems transfer heat by means of circulating hot water. Something often referred to as a hot water furnace but officially called a Combined Hydronic Air Handler heats your home using hot water.

Hydronic systems are two-part systems. They have a high-efficiency water heater which typically includes a tank and an air handler. When the thermostat calls for heat, hot water is pumped from the water heater to the coils inside the air handler. Surrounding air is warmed as it is pushed over the coils. From there, the warm air is moved into the home’s ductwork.

A properly designed and installed hydronic system has several benefits over a traditional gas furnace.

Okay. So there are a few examples of forced air systems. What about central air?

What is a Central Air HVAC System?

Central heating comes from a certain spot in the home, typically a basement. This becomes the central location for your heat.

Here is how central air differs from forced air heating or cooling. Forced air is limited to ductwork disturbing warmed or cooled air throughout your home. However, central systems can also use pipes to move steam or water from a boiler.

The most common types of central air systems are furnaces and boilers.

Forced air furnaces are also central air furnaces, so this is where a lot of consumers get tripped up. They are exactly the same thing.

Air is heated in the furnace using a variety of different fuels, including gas and electricity. Once the air is heated, it is channeled through the home’s ductwork, by means of a blower. The air travels through the ducts and exits via vents placed in each room of the home.

A boiler is placed in a central location and heats water with either gas or oil. Water—or in some cases steam—is then pumped through the home to radiators situated throughout.

Hopefully, this helped to clear up the differences between these two types of HVAC! Why not check out below to see if there are any other questions or concerns we might be able to help you with? 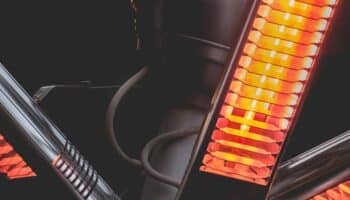 The 4 Cheapest Patio Heaters To Run On Cold Nights

Are some patio heaters cheaper to run than others? Find the answer to this and many more questions here! 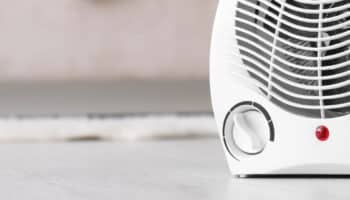 Does your space heater smell like burning? Then in this article, you’ll find 5 reasons why it smells and what you can do to solve this problem. 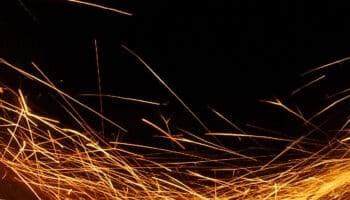 Electric Heater Sparking? Here’s What to Do

Did you just see your electric heater sparking? Then find out why it sparks and what you should do to stop it in this article. 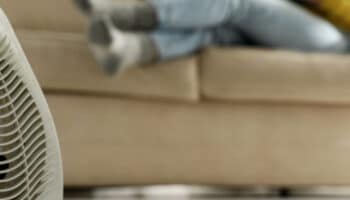 Is your space heater plug getting hot? Then take a look at this article where we will explain 5 reasons why this happens and 5 things you can do to prevent it.