The time has come to install a new appliance or plumbing fixture requiring water lines and you’re wondering, “Hey, should I use copper or plastic?”

Before answering that question, it might be better to look at the pros and cons of both copper and plastic and how they match up.  By the end of this article, you’ll have a better understanding of the benefits and drawbacks of both to help you make a decision you’re comfortable and happy with.

So, without further delay, let’s get down to comparing copper vs plastic water lines.  Ready?

The nice thing about copper is it’s pretty much copper and copper alone.  There aren’t a myriad of variations with copper lines, as you’ll see with plastic, and it’s not made in a lab.  But it doesn’t mean copper is a slam-dunk solution to which type of water line to choose.

What is nice about copper is it’s time tested.  It’s been used in plumbing for well over half a century.  It’s  durable and is building-code approved for most water supply lines.  And copper has a long life span.

There are draw backs for using copper tubing for supply water lines for such things as a refrigerator or dishwasher.  Why?  They’re not exactly flexible.  This is important to note, especially if you have to run the lines in tight spaces behind a refrigerator or under a sink to a dishwasher.  In addition, copper often requires the use of soldered or compression fittings, which makes it harder to swap out appliances and reuse the same fittings.

Side Note:  if you decide to go with new copper water lines, you may want to consider push-to-connect fittings vice soldering or using compression fittings.  These types of fittings allow for quicker installation, are easier to disconnect, and allow for reuse without having to cut or crimp any piping most of the time.

Copper can also be sensitive to extreme temperatures.  Freezing is always a concern in cold weather climates, especially if condensation has built up in a line.  But copper lines can also weaken to failure through exposure to extreme heat for extended periods of time.  Copper is subject to expansion and contraction and, over time, the varying range of exposure can lead to failure.

Sometimes, depending how sensitive you are to taste, there may be a hint of metallic “flavoring” to your water or ice.  Obviously, this is more of a concern with water faucets, dispensers, and ice makers.   And if you are sensitive to taste, you may want to consider other options (such as an inline filtration system or just a different type of material).

Last but not least, you have to take the risk of leaks into consideration.  Now, yes, leaks have to be considered with any choice in plumbing.  However, copper can develop pin hole leaks due to corrosion that develops internally.  As a result, you won’t often be able to catch the leak until it’s already started.  And the lack of flexibility working with copper allows may make it more difficult to fix or replace.

Why do these pinhole leaks form?  Well, if it’s due to corrosion, there could be any number of reasons, from the quality of the copper to how the water is treated chemically to corrosive debris from something like a water heater settling in the lines.  Other leaks can form from something rubbing against the line (again tight spaces) or environmental factors (pipes freezing, thawing, freezing, etc).

Altogether, though, copper has been used in households for a long time with very few drawbacks.  It’s dependable if installed properly.  The main limiting factors are flexibility between replacing appliances and/or fixtures and reusing the same line and fittings, and the fact it is rigid, so once it’s installed it’s hard to adapt it for future use without a lot of rework.

So, what about plastic water lines?  Well, before answering that question, you need to understand the variety of choices you have within the plastic categories of pipes and tubing that can be utilized for water lines.

The key for plastic water lines is the specific type of material used and how appropriate it is for your project.  In the case of water lines for home use, the choices can be easily narrowed down to two.  But the point remains: it comes down to the type of material being used in the plastic lines that separates them.

PVC, or Polyvinyl Chloride, is a highly produced plastic that is more often than not used in construction for both piping and also in the production of items such as windows and doors.  It comes in two forms: rigid and flexible.  For plumbing, you’ll usually see the flexible form used for supply (except for installed irrigation) and the rigid form used for drains.

As stated above, PVC can be used for supply lines, but this trend has tapered because the use of rigid PVC is, well, rigid, in that you have to use a lot of elbows, which requires a lot of glue, which adds multiple potential weak or failure points in pressurized lines.

For installed irrigation such as sprinklers, it’s useful because the lines are often longer and straighter with fewer twists and turns, so fewer elbows are required.  Plus, if there is a leak, it’s already outside.

For supply lines, as with copper, you’re usually dealing with tighter spaces, either behind an appliance or under a sink.  Flexible PVC tubing offers a more affordable option compared to copper, is literally more flexible, and is easier to install.

However, it’s not as durable as copper and its lifespan is often shorter.  It is not subject to the concerns of pinhole leaks but, as a polymer, the possibility of environmental stress cracking (exposure to certain chemicals along with mechanical stress) is worth taking note of.

Side Note:  Mechanical stress can involve anything from normal pressurization to over pressurization to poor support.  As far as chemical exposure, this can be related both internally for what travels within and what the PVC may be exposed to without.

Flexible PVC can often be found as simple tubing or reinforced with stainless steel wire braiding.  Both varieties are often used for drink dispensers, toilets, and washing machines.  In most cases, you’ll find stainless steel being used more today because of the added durability and leak protection it offers.

PVC tubing doesn’t usually impact the taste of water, ice, etc.  Often, if there is an odd taste, it is usually from the treatment of the water vice any impact from the PVC material itself.  It’s also corrosion resistant and useful indoors and outdoors.

PEX, or Cross-linked Polyethylene, is another highly produced plastic mainly used for construction in construction for plumbing.  It is abrasion and corrosion resistant, can handle extreme temperatures over longer periods of time than other tubing, and is less prone to environmental stress cracking.

Oh, and it doesn’t melt.

PEX is very flexible and is used in over 60% of new construction residential water systems today.  When it was first introduced in the US, there were issues with deterioration of PEX lines due to chlorine in the water supply.  Those problems were solved when antioxidants were added during PEX manufacturing, making it safe for potable drinking water.

It installs faster than PVC with fewer connections.  It is not susceptible to freezing, like copper.  Like PVC, you can get it as tubing or tubing with stainless steel braided reinforcement.

Also, like PVC, PEX is used for many of the same appliances and fixtures without much or any impact on the taste of water.  Lastly, PEX lasts a long time if installed correctly.  Just as long, if not longer, than copper, without the concern of corrosion.

However, PEX isn’t suitable for use outdoors, like copper or PVC are.  It’s susceptible to expansion and contraction.  Exposure to ultraviolet (UV) light can cause it to break down over time, allowing for the chance of water contamination.

Because PEX doesn’t melt, it doesn’t get recycled like PVC and copper do.  And copper can earn you a pretty penny sometimes if you’ve got enough to recycle.

Your choice is probably going to come down to a few things:

Cost: Copper is more expensive than Plastic (PVC or PEX).  If you hire a plumber, the labor rate and hours will be higher.

Installation:  Copper is harder to work with than plastic for supply lines due to its rigidity in tight and confined spaces.  Also, plastic installs faster and doesn’t require as many tools.

Reuse of Fittings: Because copper often utilizes compression and soldered fittings, it is difficult to use the same lines any time a new appliance or fixture is replaced.  Also, its lack of flexibility may require pipe cutting or total replacement.

Corrosion:  Plastic is not susceptible to corrosion like copper, nor will pinhole leaks develop with plastic.

In the end, especially for new homes, plastic has become the preferred choice for water lines.  And in regards to the type of plastic, as stated earlier, PEX is becoming more and more the new go-to-variety in new residential construction with PVC right there with it.

However, if you’re looking for something that is durable, long lasting, easily recyclable, and is less likely to allow for water contamination, then copper may be the way to go. 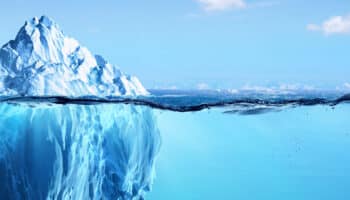 Ice maker creating huge clumps of ice? Here's how to get it working properly again - without serving ice for giants. 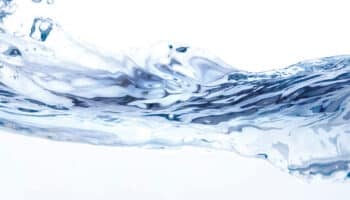 Ice Maker Not Getting Any Water? Here Are 5 Steps To Fix It

When your ice maker isn’t getting water and making ice, it can create problems for your household. Here are five simple steps to find and fix the issue. 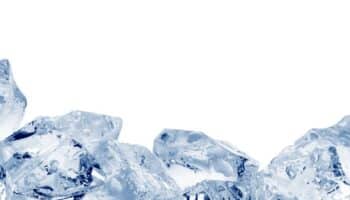 Ice Maker Keeps Freezing Over & Jamming? 9 Tips To Fix It

Does your ice maker keep freezing or jamming up? It's a common issue. Check out these 9 causes and solutions in this ice maker guide. 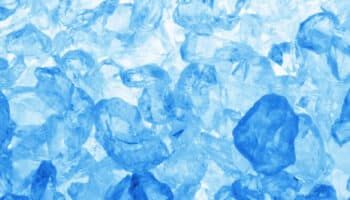 Ice Maker Arm Stuck? Here’s 6 Tips to Free It Up